Virtual Reality (VR) technologies are getting better and popularity of VR headsets is growing fast among consumers around the world. Most of the users are gamers, but many non-gamers and companies will find use for virtual reality and this niche is becoming interesting for business. Akvelon wanted to practice and develop new skills working with VR, so our team began developing several applications.

#1 Invasion (a VR game). The goal is to defend buildings on a planet that is being attacked by spaceships. This game has been created from scratch and only a couple of ready-to-use objects have been used from the Unity Asset Store. This game supports cross-platform multiplayer, so users can join the game from different devices and platforms (iOS devices, Android devices, Oculus Rift and Windows desktop). 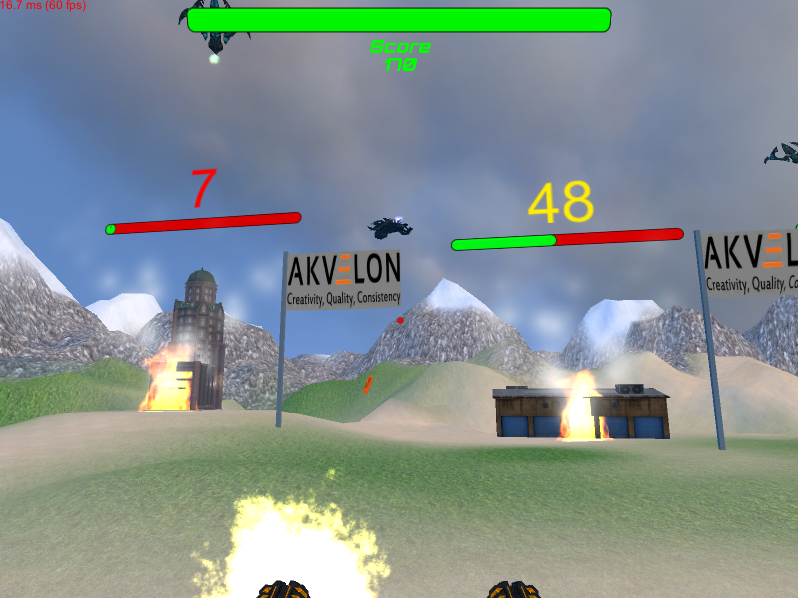 #2 Virtual tour of Akvelon’s office. During implementation, Akvelon’s team took several photos of their office and stitched them into a 360-degree panorama. They then put this data into a Unity scene, made transitions between rooms and added a couple of elements, like pop-ups with information about the Akvelon company and an interactive quiz. Akvelon’s customers and employees from other offices can virtually visit this office using cardboard VR goggles and a mobile device. 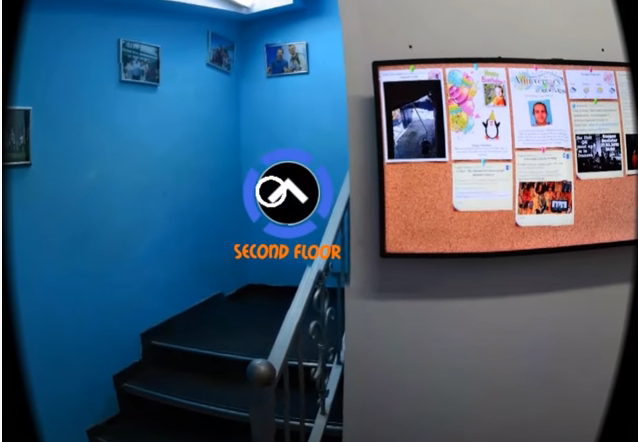 #3 Bowling with a hardware ball (a VR game). In this VR game, the user appears to be in a bowling alley with a beautiful interior. Like in real-life bowling, the main goal of this game is to hit the pins – the more the better. While the other two applications use only cardboard and mobile devices to interact with virtual objects, this bowling app provides the ability to adjust the power of your throw and direction using a hardware ball. The user takes the device (which is similar to a tennis ball), presses a small button to initialize the accelerometer inside the ball, and swings the ball to emulate throw. Depending on how the user emulates the throw, the virtual bowling ball will roll quickly or slowly. See this video for more details. 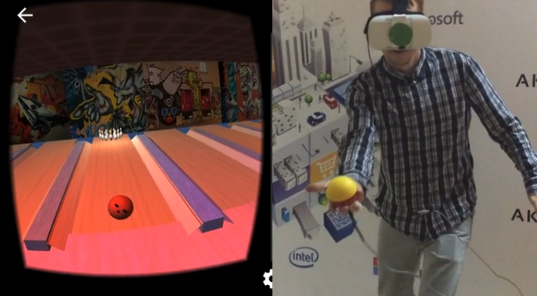