Hello, readers! My name is Irina and I’m a data scientist at Akvelon. Recently, Akvelon added a new filter to DeepArt, a platform that transforms photos and videos into works of art using neural networks. This new filter is called PixelArt, and can pixelate your photos and videos using machine learning.

In this article, I will tell you about the machine learning components of this project. 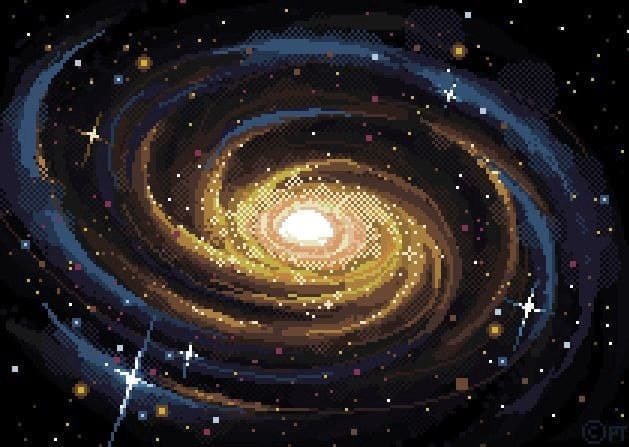 First of all, let’s find out what Pixel Art is, how it is used in 2021, and why it should be considered art.

Historically, pixel art is one of the most popular aesthetics in video games. It strives to recreate the look and feel of old Nintendo and Arcade titles. In the ’90s, pixel art was the only option for most console games. Now, pixel art style is popular again!

Pixel art is a unique art style, an appreciation of big visible pixels that make up the founding elements of the complete image.

There are several reasons why pixel art is so popular these days:

How to transform images

Now that we have defined what a pixel art style is, we can move on to the practical side of this article. Our task is to create a model that will take a usual picture, photo, meme, whatever you want, and convert it to pixel art style.

Let’s give a simple example to better understand what exactly we have to do. Imagine that the first picture is a photo of your favorite pet and the second one is a painting by Van Gogh “Starry night”. So, what you want to get is a new image of your pet but in Van Gogh style. 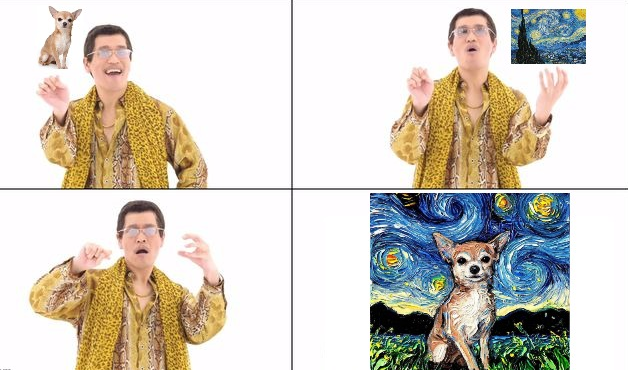 Image-to-image translation is a class of vision and graphics tasks where the goal is to learn the mapping between an input image and an output image.

If we use machine learning models or neural networks to solve Image-to-image translation tasks, then this approach is called “Neural Style Transfer”.

For example, when you want to transform horses into zebras, or pears into light bulbs using machine learning — you become a magician with the “Style Transfer” wand!

As you may already guess, there are several approaches to do what we want: 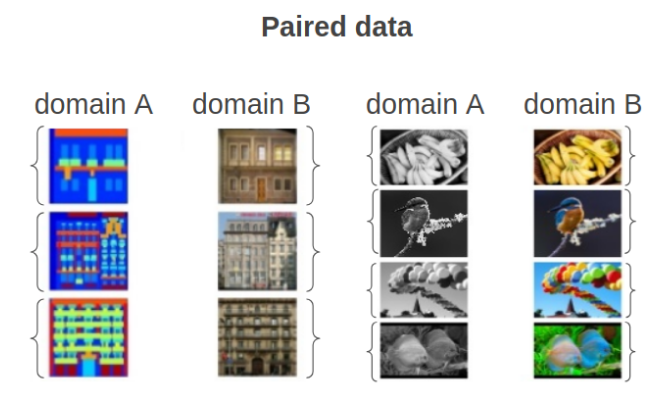 2.CycleGAN model. CycleGAN is a class of models that involve the automatic training of image-to-image translation models without paired examples. It transforms images from one domain to another and vise versa. The main difference between this approach and the Pix2Pix approach is that it isn’t necessary to use paired datasets. The models are trained in an unsupervised manner using a collection of images from the source and target domain that do not need to be related in any way.

Collecting paired data is a difficult task because sometimes that data may not exist. This is why we decided to use the CycleGAN style transfer model.

About the data used

Since the pixelization task is not trivial, while writing this article, suitable datasets did not exist. Therefore, we opted for the second way.

Looking ahead, I will say that we had several approaches to data selection.

In the first approach we experimented with custom datasets. We used ImageNet and MS COCO for domain A and parsed really magnificent images from //hello.eboy.com/eboy/ images for domain B.

But almost all of the model results were similar to these:

You will be absolutely right if you exclaim that “this dataset contains only cartoons, how could this model will work on images of real people or photographs!” 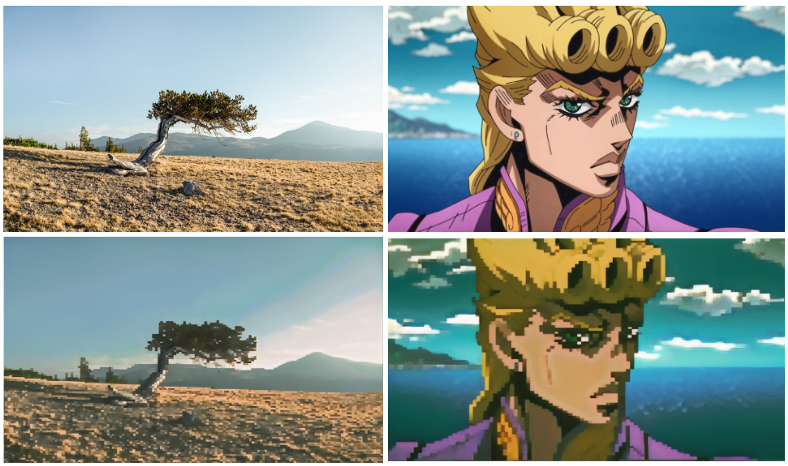 Yep, it works very well! But how can our model transform people into pixel art if we trained it only on cartoons?

I suppose it’s all about the generalization of the model. In a nutshell: during the learning process, when the model analyzes the data, it tries to identify patterns at different levels and remember them. And after being trained on a training set, a model can digest new data and make accurate predictions. Sometimes a model can find patterns that people cannot identify. Therefore, the choice and balance of the dataset is very important.

How we using CycleGAN

As you already know, GAN contains generator and discriminator. Above, we also said that CycleGAN transforms images from one domain to another and vice versa. For this reason, CycleGAN architecture contains two generators and two discriminators.

The first generator gets an image from domain A (any image in our case) and tries to generate an image from domain B (Pixel Art version of the image). The first discriminator gets generated images and real Pixel Art images from the training dataset and tries to distinguish generated images from real images. The generator and discriminator have opposite goals and opposite loss functions so they train simultaneously from one epoch to another.

The second generator and discriminator work in the opposite direction — the generator gets an image from domain B and tries to produce a “domain A” version of the input image. Discriminator tries to distinguish real “domain A” images from generated images.

The main interesting feature of CycleGAN is that it gets images from domain A, generates the “domain B” version, and then tries to reproduce the “domain A” version using the generated “domain B” version. Ideally, the initial image and after cycle pass using two generators should be the same, so CycleGAN also uses two more loss functions to compare images after cycle pass (A to B and B to A domains).

Implementation of the model

For implementation, we decided to use a transfer learning approach because it’s convenient, fast, and gives excellent learning results. We used PyTorch as a neural network framework, PyCharm IDE for a training model with GPU, and Jupiter and Google Colab notebooks for loading the checkpoint and showing results.

We were inspired as soon as we saw this repository that includes Pix2Pix, CycleGAN, CUT and FastCUT pretrained models for image style transformation. We took these models as a baseline and trained each of them on our custom cartoons dataset. Please explore repo to know more about the dataset type and different models because we will use this all below.

If you already have a checkpoint and do not want to train the model, you can skip to the Inference section.

If you want use these models with a custom dataset like us, just:

5. Test the model using the code below:

Let’s take a look at the code!

Firstly, we need to download the pretrained state dict of the CycleGAN Generator model for image pixelation. You can do it in any way that is convenient for you. In our case, the code looks like this:

Now we import the required libraries:

After that, we should define classes of the model. For this we will use the ResNet that stands for Residual Network. If you don’t know about residual neural network, you can explore it in more detail here. This is a really interesting approach that solves the vanishing gradient problem.

So back to our model, ResnetBlock is a part of ResnetGenerator that is used get Pixel Art versions of input images. 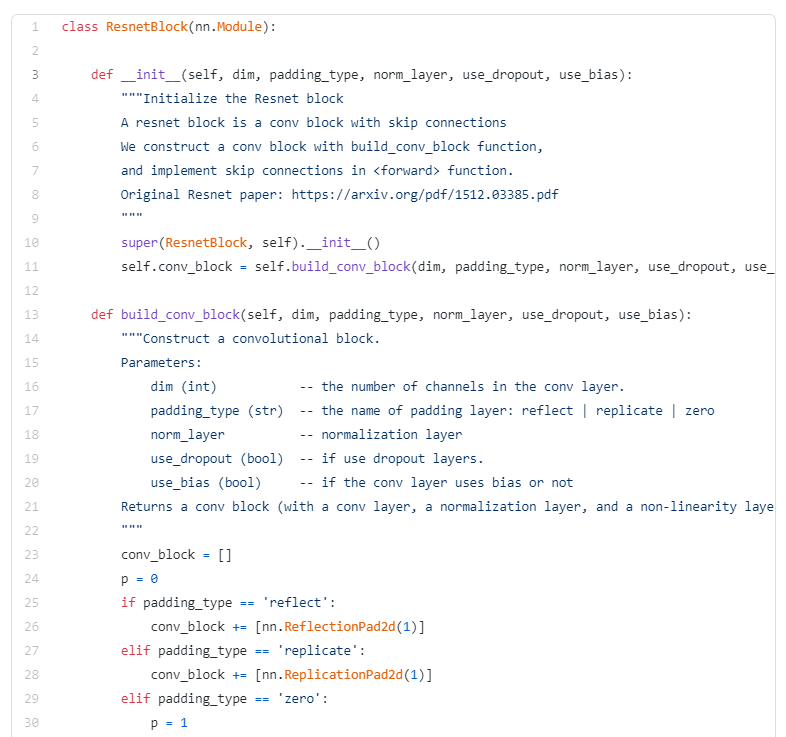 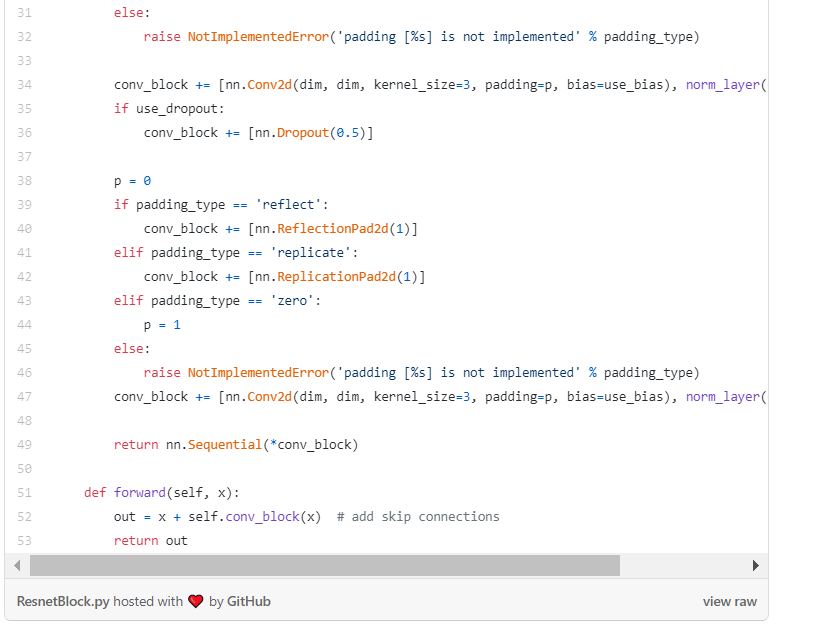 Now we can define the main model. ResnetGenerator is the neural network that gets any image and transforms it to Pixel Art image. 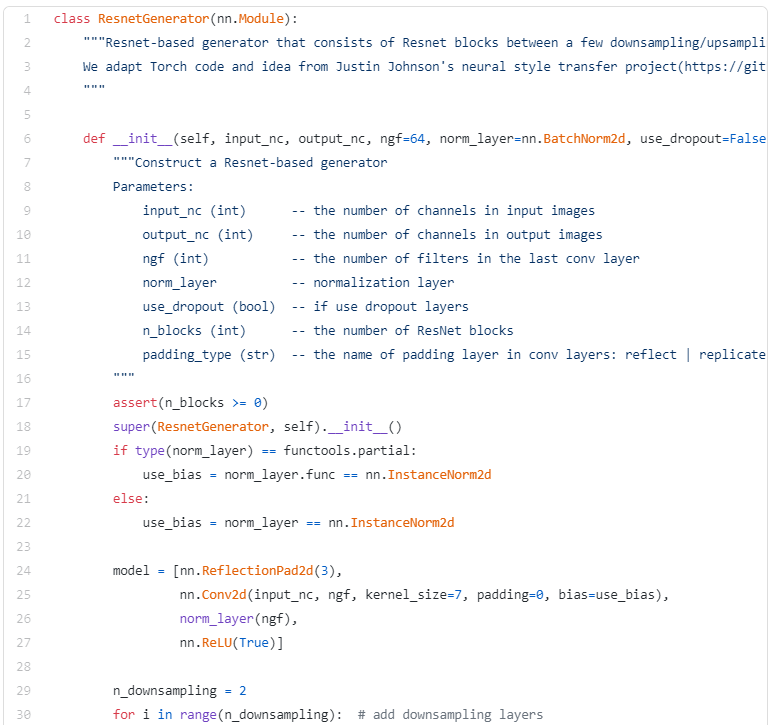 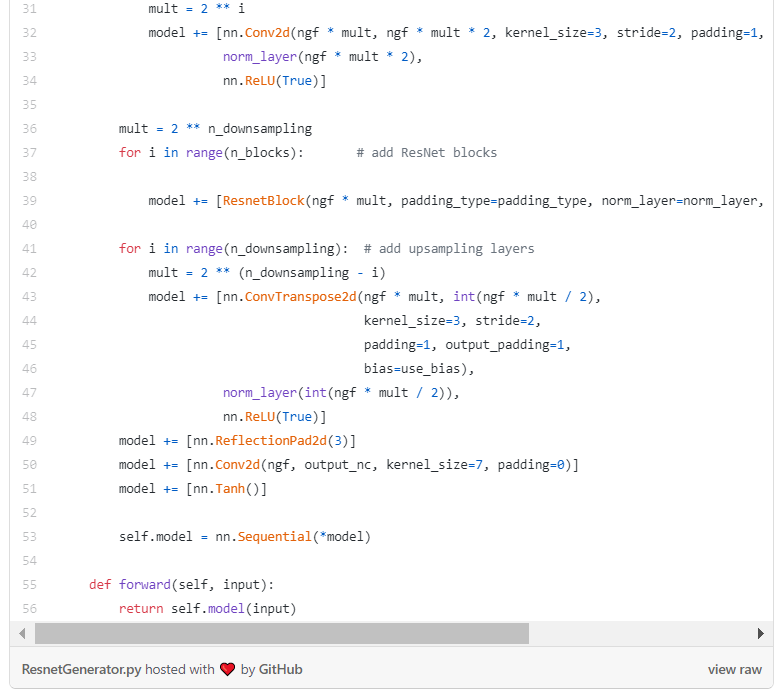 We need a function that returns a normalization layer based on the input string. This layer is used as a parameter for the constructor of the ResnetGenerator class. 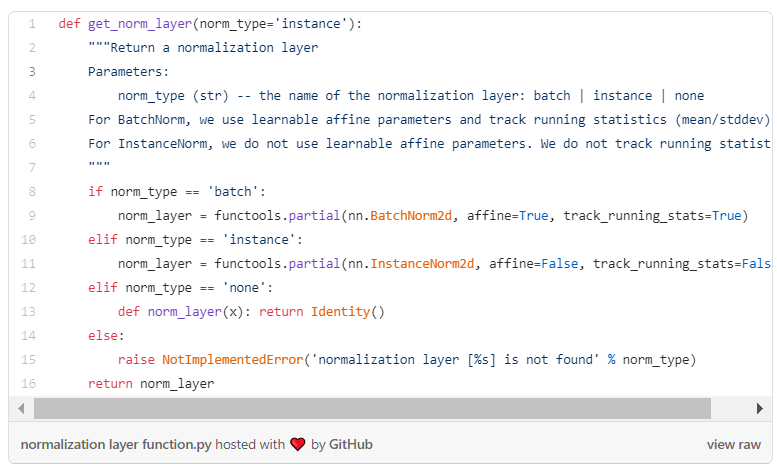 So, it’s time to create a ResnetGenerator object with ‘instance’ norm layers and initialize it with random weights. 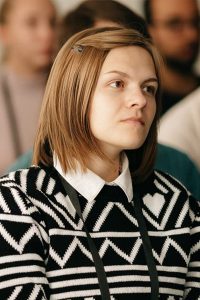 Irina Nikolaeva is a Data Scientist/Software Engineer at Akvelon 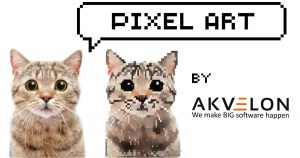