This article was originally published on Medium by Dmitry Petukhov from  Akvelon.

Software development is a team sport. Various methodological tools and practices, such as daily meetings in the agile, for example, are applied to ensure teamwork.

Sometimes there is a need for a more complex format. Thus, for instance, live team meetings with a whiteboard are used from time to time to brainstorm ideas or discuss some software architecture aspects giving participants an opportunity to express their ideas through visual communication.

There are few tools for daily standup meetings that help to carry out this activity online. And a smaller number of tools helping to have such remote meetings in a visual communication environment. Well, we decided to create an app with complete VR immersion that is to simulate live meetings with a whiteboard in a remote format.

The idea is to create a VR platform with a whiteboard that can be used by participants for drawing. Therefore, they could meet online, feel as if they work in the same place and communicate using a whiteboard that makes it possible to draw with the help of hand movements and gestures.

There is a set of compulsory features to make this idea real. Here’s the minimal list:

As a 3D engine we have chosen Unity3D since it’s easy to use, but not simple, and is featured with a developed community and a free license for non-commercial projects. To create the virtual environment itself, we have used a standard object scene out of the free asset:
https://assetstore.unity.com/packages/3d/environments/landscapes/rpg-poly-pack-lite-148410.

We got the following basic scene: 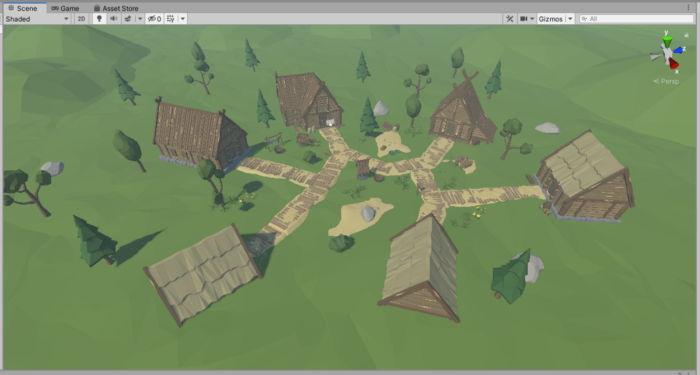 We have chosen Oculus Quest 1 as a VR headset. There are ready-made libraries for it in Unity3D. Oculus Integration Package suits us, and particularly OVRCameraRig was taken out of it. This prefab is a camera optimized for Oculus stereoscopic. And its child elements give us a chance to track and render hand movements and gestures. But we are not to get ahead of ourselves and add it to the project, as we are more likely to go with OVRPlayerController, which can help to navigate and relocate in the virtual environment.

Though we have got the environment and are now ready to navigate in it with the help of VR, nothing still happens when virtual hands and a whiteboard interact. We need two mechanisms to make this feature real:

The drawing itself is real due to the custom textures shader. Originally, we had two textures — a texture of the board surface itself and a texture that reflects all the movements made by the marker. A shader is to intake those two to combine them pixel by pixel getting a final texture as a result.

Here are the shader configurations:

The shader itself is edited in Unity with the help of a visual editor based on the diagrams: 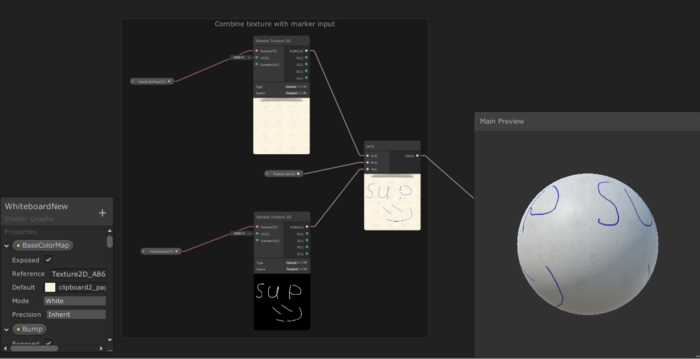 Shader itself in the editing window

The way the shader combines colors for the final whiteboard texture based on the MarkerInput texture map is clearly seen here:

Unity App is a client application for one user. We need a web server to create an interaction between distant users. Its function is to store the overall scene state for all the users and be a synchronization point. Three components ensure this feature:

There are a huge number of networking libraries based on different protocols on the .Net. But for our case, we have to choose between TCP and UDP. We will use the UDP library. We are opting for this library to ensure the fastest speed of communication, as UDP is generally a standard choice for such kinds of applications, though TCP might be enough up to some level.

Orleans is used as a framework for building a state storing server, which provides concurrent access. This framework is built on the ‘actors’ concept. And its actors (they are named grains here) ensure the synchronization of concurrent calls out-of-the-box.

This is how we got the simplest MVP application for VR meetings at the whiteboard. This example shows that even a minimal solution uses a wide range of technologies from different areas. And subsequently, this requires the participation of several people from the beginning.

However, it can be seen that ready-made libraries were used for most aspects of the project. And it’s important that there are many VR-specific features among them. That is, key technologies are already available as libraries. They are tested daily on similar projects. And in general, we can say that the implementation of VR applications is becoming more and more feasible.

We would like to thank our amazing team behind this project including Nail Shakirov, Nikita Kotov, Dmitry Petukhov, Timur Fayzrakhmanov, Sergey Poznyak, and Stanislav Akeldov. 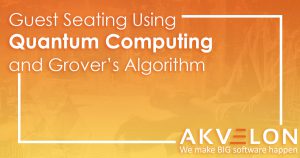 Our team decided to explore quantum computing and experiment with what tasks could be solved using Grover’s algorithm for searching through an unstructured data set, focusing on the Guest Seating problem.
here [/vc_column] 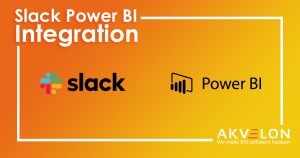 Wanting to help Power BI reach an even broader audience, Akvelon sought to integrate Power BI with Slack so that the 10 million daily active users on Slack would have better access to Power BI’s data visualization tools. Read more here. 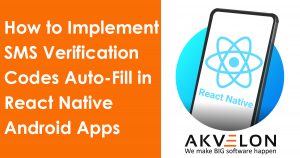