Akvelon, Inc. recently became one of only a select few companies to participate in The Microsoft  Supplier Program (MSP). The MSP is designed to make it quick and easy for Microsoft employees to identify and work with a pre-qualified, select group of suppliers. Microsoft researched and evaluated thousands of companies, interviewed their internal buyers to understand their needs, and analyzed performance data to select only the best companies for MSP.  As a result, over 80% of Microsoft’s annual spend is with MSP suppliers and MSP suppliers account for only 10% of Microsoft’s total active supplier population.

According to Microsoft, the primary purpose of MPSP is to define the way suppliers do business with Microsoft, including requirements and expectations, to create a clear, straight path to success. The following are some key elements of MPSP:

In order to qualify for MPSP, there are a quite a few requirements including Anti-Corruption Compliance and Master Contract Compliance, but companies must also be nominated and be a part of the Approved Supplier List. We are happy to be part of a great program, and we are very excited to work with Microsoft on this and other initiatives and looks forward to being a primary reason for increasing the lion’s share of contribution from suppliers.

Let’s take a look at some of our highlighted work with Microsoft. This infographic demonstrates our close involvement with Microsoft and Open Source work. 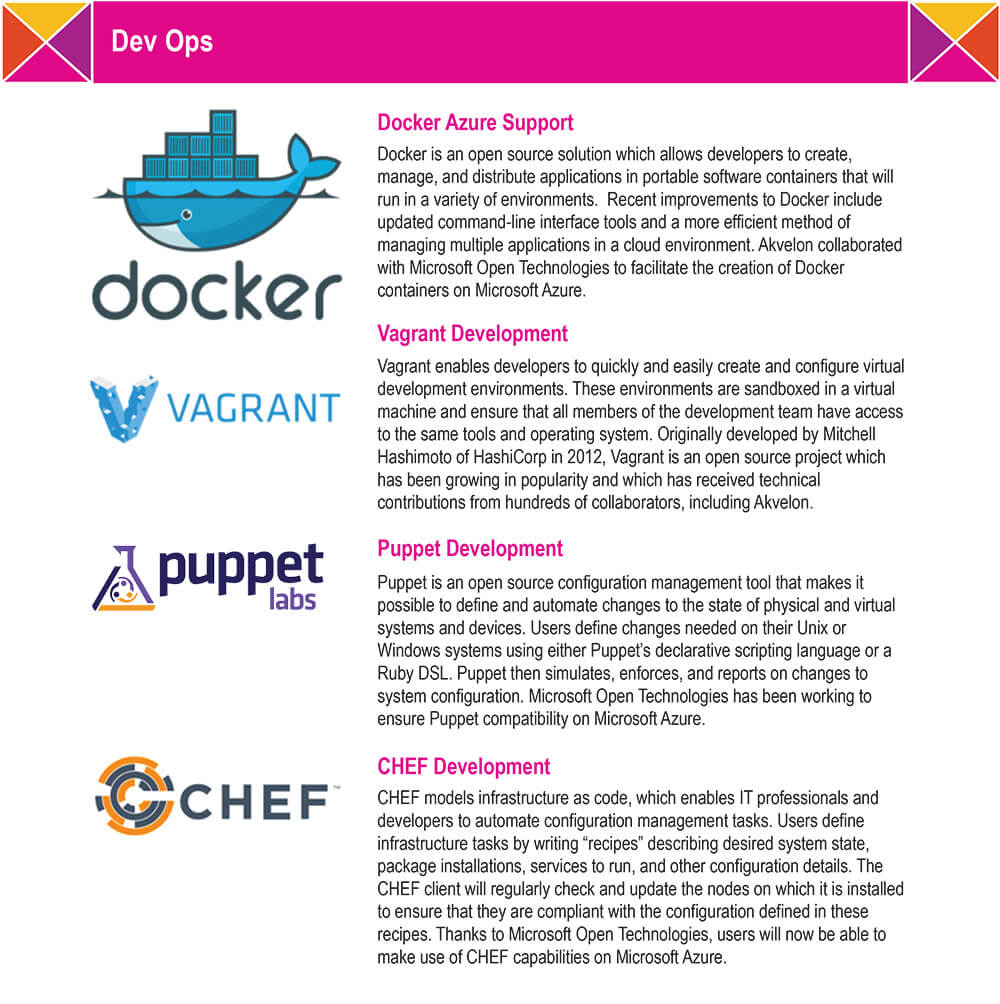 Akvelon is based in Bellevue, Washington. Akvelon integrates technology consulting, software development, and IT services into successful business solutions. We leverage Microsoft technologies to provide rapid and cost-effective implementations. Akvelon develops cutting-edge products in collaboration with our partners, spanning multiple technology domains to consistently deliver high-quality solutions to our clients.

Akvelon works with our clients to help them succeed in their strategic goals and day-to-day missions. We are problem solvers with deep technical knowledge, cutting edge ideas, and a passion for outstanding performance. We tackle the most difficult IT issues and challenges our clients face. We deliver long lasting results and add value. We have years of experience helping clients drive innovation, productivity, and business performance.

Akvelon focuses on the fundamentals: smart solutions, efficient execution, and proven methodology. Our team has the experience and expertise necessary to rapidly deliver innovative solutions to our clients. Akvelon creates award-winning experiences, effective products, and information-driven business solutions that help our clients grow and succeed.